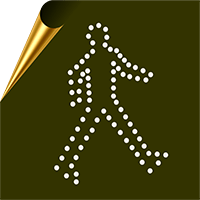 The Radio Station of Joy, Happiness and Love

Earl J. Sorrell, Jr. lives in Liberty Township, Ohio. He is married to his wife of 40 years, 5 children and 2 grandchildren. Born and raised in Franklin, a small town in St. Mary Parish, of Southwest Louisiana. Went to Franklin Sr. High School, Grambling College, and several other Universities and later moved to San Francisco, CA. He is Founder and President of E. Sorrell Enterprises, LLC.
Motto: Do for others expect something in return, be miserable; Do for others expect nothing in return, be HAPPY.
Favorite Bible Verse (s):
Psalms 1, Psalms 23, Romans 8:28, James 1: 1-27. James 4: 17 and Ephesians 3:12-21

Favorite Quotations:
(Business/Life:)
On the plains of hesitation bleached the bones of countless million,
who at the dawn of victory sat down to rest and in resting Died! Anon
(Accountability)
Strength of a Man – “The ultimate measure of a man is not where he stands in moments of comfort and convenience, but where he stands in times of Challenges and Controversy.”
Dr. Martin Luther King
A True Neighbor – “The true neighbor will risk his position, his prestige and even his life
for the welfare of others. In dangerous valleys and hazardous pathways,
he will lift some bruised and beaten brother to a higher and more noble life.”
Dr. Martin Luther King

Earl hails from a small town in St. Mary Parish, Louisiana, which has a diverse and rich history of individuals, some who are his relatives, who have made a positive contribution to society in the United States, and in the world. People such as, Dorothy Brown, (aka Mother, a Missionary to Liberia), Harold S. Broussard (Member of the 1st Negro Marines Division USMC) Curtis Green (San Francisco Muni Railway and First Black GM of a major transit system in the United States), Ambassador and Mayor Andrew Young’s father and grandparents are from Franklin, Warren Wells, NFL greats wide receiver Oakland Raiders, Wallace Francis NFL great Buffalo Bills and Atlanta Falcons, just to name a few. St. Mary Parish has a host of notables who have shared their Southern roots and hospitality on the national and international stage. He desires to share some of this sweet southern gumbo legacy with his audience.
Earl’s first loves has always been music and broadcasting. He has over 50 years of experience in music, broadcasting, and journalism. From 1969 as a high school student, being the first African American student to work at KFRA radio station in his hometown of Franklin, to working at KGRM Tiger Radio at Grambling College, now known as Grambling State University. His music interest both amateur and professional also started in high school, sing with a local group formed by several friends and then in college where he sung as well. Moving to San Francisco, he was a member of a few bands and vocal groups professionally where at one time they cut a few records on the local level. His journalism background from college allowed him to be an asset to the NAACP regional office as a secretary and later assistant youth and college field director under West Coast Regional Director Mr. Leonard Carter. Some articles written were sent to the Sun Reporter News Paper, Dr. Carlton Goodlett, editor and owner. Recent articles have been published in the African American News Paper, Houston, TX, Roy Malonson, owner and Groves Standard News, Crockett, TX owned by his good friend, Mr. Billy “Hollywood” Groves, who is a top notch journalism, and also featured in the African American News. (http://aframnews.com/ )
Recently, Earl Sorrell became a publisher author. His book, Get Right Church-Preparing to Go Home, published by Christian Faith Publishing, (https://www.christianfaithpublishing.com ) is a testimony of some of the things you can expect in his show, Get Right Church -Living THE Life! His love for broadcasting and music will serve him well as he brings a unique style to Zeubien FX Jazz Radio.
During his days in the music industry, Earl became a member of Jamm Street Recording Studio, Burlingame. CA, owned and operated by Carlos “Apache” Tate. The San Francisco Bay Area is known for some of the best musicians in the industry and Earl have either worked with them and or made friends during his association in the industry. His goal is to give his audience a chance to meet them.
Brother Sorrell, as he is affectionately known is a devout Christian. He’s served as a Deacon, Elder, Sunday School Teacher, and Assistant-Choir Director for the Youth-Young Adult choir and Male Chorus, Trustee Board members and other auxiliaries and ministries in church. He also served as a Counselor, Men’s Bible Instructor and Musician in the Church. He dedicates time to any young person that needs mentoring in school, business, and personal life planning.
Earl has been successful in business both government and private sectors receiving numerous awards; considers his most valuable and prized awards (which he displays on his wall) are those received for his community outreach service to schools and churches and those received by his grandchildren as they grow in the knowledge and grace of God.
Earl’s life experiences and you the audience life experiences will be the foundation for what this show will feature. We all know life is not scripted. Life comes at you from all angles and different situations. The program, Get Right Church-Living THE Life, will do the same. As a Christian, Earl wants everyone to know and understand, “We chose the paths of life we take. Sometimes those paths are intentionally and at times unintentionally. Nevertheless, a choice was made and we must live in the moment or moments to come.”
It is Earl’s hope that this show will have a positive effect and help you to view life in a new light. For him, he believes the scripture John 4:4 “Ye are of God, little children and have overcome them: because greater is He that is in you, than he that is in the world.” This is why the show is called Get Right Church-Living THE Life. If we can get our Temples (Body, Mind, and Soul {synonym-Church}) right with God, we can then start to live a better quality of life, which would be “THE Life” God intends for us to have.