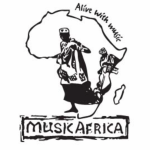 AFROFEST is the most prominent event organized by Music Africa; indeed it is the largest annual African music event in Canada. It is also the largest FREE African music festival in North America. It takes place in Woodbine Park, in the heart of downtown Toronto during the 2nd weekend in July. This fun-filled extravaganza features music, dance, interactive workshops, theatre, poetry, mouth-watering food, a large bustling marketplace, and activities that cater specifically to children and youth. As the largest annual gathering place for African immigrant and diaspora communities, especially those based in Ontario, Afrofest is truly a community-based festival.

AFROFEST features both traditional and modern forms of African music. Artists here perform in a number of African languages, as well as French and English to represent more closely the diversity found both within Africa and Toronto. All told, there are often more than 35 live performances from artists from all over the African continent on 3 distinct stages, including the Main Stage, Drum Stage and Baobab Youth Stage.

Afrofest is the African cultural event of the summer, with plenty to see and do!